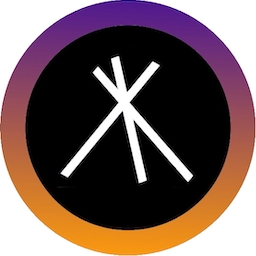 The Campfire Convention community is an ad-free, algorithm-free, member-led conscious social network working for social change that puts people and the planet at its heart.

We have a vision to join the dots and find the common denominator through creating an ecosystem made up of existing communities, who are working for the conscious transformation that we all know is starting to happen.

It's time to reclaim social networking from the corporate tech-giants. Campfire is a move from ‘what can I get out of this?’ to ‘How can I be in service to the wellbeing of the planet? Can I play a part in this? What can we build together?  How can we facilitate change?

If you've ever fancied creating your own social network around a passion or theme, we also offer the possibility to help set you up with your own Circle which would have pretty much all the functions available on the main site. A community within a community.

Campfire Convention was founded and is led by social entrepreneur Pete Lawrence, the conceptualist behind pioneering record label Cooking Vinyl in the 80s, and Big Chill festivals in the 90s, which tracked the rise of the internet. One of the celebrated side effects of the festival was the vibrant and thriving online community when the internet was in its infancy.

Brian Eno accepted an invitation to become Campfire's first patron. He said "This is the start of something big. It will involve engagement: not just tweets and likes and swipes, but thoughtful and creative social and political action too. It will involve realising that some things we’ve taken for granted - some semblance of truth in reporting, for example - can no longer be expected for free. If we want good reporting and good analysis, we’ll have to pay for it. That means MONEY: direct financial support for the publications and websites struggling to tell the non-corporate, non-establishment side of the story."

Now we seek to help foster thriving communities, build vibrant non-establishment online forums and exciting events. Think of Campfire as a fertile garden or orchard for ideas which can grow into inspiration, blossom into debate – and lead to action, co-creativity and a new narrative.

Campfire’s trailblazing philosophy looks towards a radical, community-based, co-operative model where all members can connect, feel empowered, reimagine the world and build something of value together.

Now we're off Facebook, we can truly explore our potential to change the face of community-based social networking.

Campfire Convention is a growing, unity-conscious community of enthusiastic, open hearted people, who believe that we can work together to shape a more loving, expansive world motivated by truth, compassion, freedom, service, peace and goodwill.

We’re creating a high vibe online social network alongside real life, in-person gatherings to bring members together, building connections, enabling our members to share their gifts, ideas and initiatives, and to facilitate a platform that is well equipped to promote a transformational environment and a new way of being in synergistic partnership with our living, breathing planet. We are creating a truly unique and innovative co-operative that is totally independent of political affiliations and commercial imperatives.

Campfire Convention’s path will be co-created as we seed a new consciousness; planting seeds through word-of-mouth, signs and synchronicities. We will honour our relationship to the living wisdom and cycles of nature, catalysing the ignition of hopes and intentions with inspired action.

It's time to shape our own destiny together in community...

Keep Up With Campfire Network On The Go

Campfire Network is powered by Mighty Networks
Phone numbers from outside the United States may need to use a prefix (e.g. +44 XX XXXX XXXX). Available on iOS and Android. This site is protected by reCAPTCHA and the Google Privacy Policy and Terms of Service apply.
Choose a Plan
Choose Plan